Home » Blog » The Importance of Video Surveillance at Your House

The Importance of Video Surveillance at Your House

What is Video Surveillance? 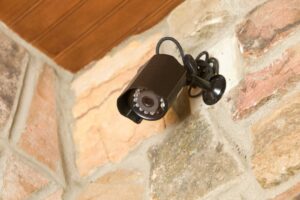 The price to have video surveillance is a lot less due to the advancements in technology. These advancements have allowed most people to have video surveillance at their homes with the same quality that companies are able to enjoy. There are packages that you can get with a basic outdoor or indoor cameras that are affordable. Also, there are packages with the cutting edge Darkfighter system. Cameras are different in capacity, video quality, and function. You will notice that the recording capabilities of video surveillance can come in two forms. Either you will find analog (recorded onto a tape) or digital (recorded onto a computer).

Video cameras are also different depending on whether they are used inside or outside of your home. You will want to look at qualities, such as:

Living in Jackson Hole, a few of these are really important. Having a camera that can withstand the harsh winters, is essential when it comes to having continual security. Video surveillance Jackson offers you peace of mind and safety within your home. Video surveillance was created so that you could keep an eye on your home while at work or on vacation. Video cameras and security truly affect the behavior of the would-be wrongdoer. Because of the sophistication of these systems and how they have changed the landscape of criminal law, you should know whether or not you have to notify those around your property that they are being watched.

With the amount of surveillance that occurs daily at home and abroad, it is good to know whether or not notice has to be given before surveillance occurs. Often, you will see signs indicating that a property is protected by video surveillance and trespassers will be prosecuted. Signs like these are not required at a private residence. There is no need to give warning to those that want to trespass on your property. There is no legislation stating that any notice whatsoever has to be given to those that you are recording. 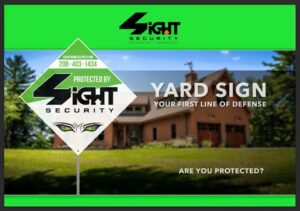 The law in the United States, concerning Jackson video surveillance, is only concerned with certain placement of cameras. Invasion of privacy is an important law in the United States. There are some locations that are held private and those spaces should not be invaded. For example, locker rooms, bathrooms, and the like should never have a camera. If you place a camera in one of these places, then you may be liable for invasion of privacy. Other than this narrow law, video cameras strategically placed in and outside of your house will violate no laws and require no notice to those approaching your property.

These laws are definitely laws that can change. Other countries have already set laws requiring a sign notifying that you are being recorded. Laws change rapidly. So being aware of the fact that you may have to install signs on your property in your future, will keep you from being surprised.

This is often a concern with video surveillance Jackson. If you do have a burglar or intruder that causes property damage, it is good to know whether or not you can use video surveillance as evidence. You will have to pass certain criteria before this evidence can be used in court. In fact, video evidence is often used to convict criminals in the judicial system. It is also helpful when shown to a jury. It has been found that when video evidence is shown to a jury they are more likely to convict the individual. There are federal and state laws that are set that discuss evidentiary rules in the court. Admissibility of evidence into court can either make or break a case.

Criteria that Must be Met

Overall, you will never know if Jackson video surveillance will be admitted into court. However, that should not prevent you from getting a quality video system. A lot of times the cameras on the outside of your house act as a deterrent. This means you will never have to deal with any intruders. Video surveillance Jackson is a great way to keep you and your loved ones safe, whether from intruders or house mishaps, such as a fire. If you want to protect your property from an intruder, then give us a call.