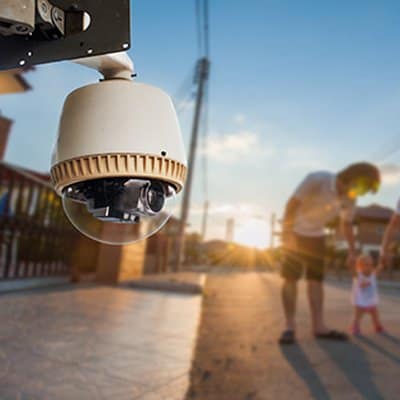 Can Home Security Systems Be Hacked? The short answer is yes, but it takes an immense amount of effort on the part of a hacker.

With the modern home security systems in Idaho Falls and surrounding areas that we provide, it would require some seriously advanced methods for hackers and thieves to interrupt or intercept your system.

Motion sensors, door sensors, and other protective measures connect with Bluetooth or Wi-Fi—they “talk to each other” in order to signal alarms when something is wrong.

So, how easy is it for hackers to “break-in” to these systems? The good news is that it’s incredibly difficult. As a matter of fact, it would require many different circumstances to come together in just the right way for this to happen—a perfect storm of both bad luck and bad actors.

You would have to be a serious target on the level of a government official or a character in a Tom Clancy novel for hackers to go through the time, effort, and money it would take to bypass your security system.

Ultimately, the reward wouldn’t be worth the effort. Burglars want a quick in-and-out—that means picking a lock or kicking down a door, not hacking into a security system.

So the short answer is—yes, it’s possible, but highly unlikely.

How Do Home Security Systems Work? Typically, the bare-bones security systems in Idaho Falls and surrounding areas that we provide involve the following elements:

Sensors at various entry points communicate with the control panel, which arms and disarms the system and communicates with each component that’s been installed—if a zone is breached, it sounds an alarm and alerts us.

Touchpads make programming and interaction easy, with passcodes for arming and disarming, voice commands, and fobs and computer software for remote access.

How Effective Are Home Security Systems? Burglaries are consistently going down in the US and home security systems play a major role in that.

Another study to look at is Dr. Joseph B. Kuhns’ look into the motivations behind how burglars choose the places they rob.

The majority of them would first try to find out if a building had a security system installed and would seek an alternative target if they found out it did.

Merely indicating (with signs and stickers) that your home is armed with a security system is itself a deterrent.

If your home is breached, a combination of the following factors solves the problem very quickly:

Home security systems in Idaho Falls and surrounding areas are highly effective in not only preventing burglaries, but solving the problem quickly if they do occur.